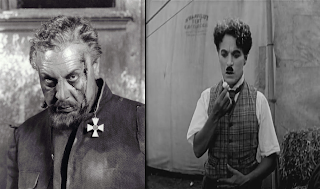 2. Charlie Chaplin in The Circus- Chaplin does his usual routine which consist this time of the typical silent overacting, but his physical movements are well done enough to a least be admired even if they did not make me laugh.

Ranking of films
1. The Circus
2. The last Command
Posted by Louis Morgan at 21:35

BTW I saw Harry and Tonto and Art Carney was unbelievable. Especially the scene where he identified his friend. So now I've seen all of the 1974 nominees and I can say that I totally agree with your ranking of that year.

Joe Burns: Yes I suppose it was obvious.

Dinasztie: Thanks. Glad to hear you agree on 74.