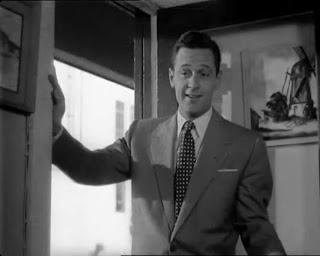 Many films that are deemed classics, can be rather disappointing when you finally see them. Not this one though I thought he was just about brilliant, with a truly fascinating story.

William Holden is well suited for this certain sort of leading role, because all there are some aspects of the traditional leading man, but combined with a great amount of cynicism. William Holden is one of the best actors at being cynical only possibly matched by a few other actors like William Powell for example. Holden is great at though, and this role requires quite a bit of cynicism. Holden excels with his cynical performance which includes his narration. This style of performing which is the main focus the first half of the film, is perfectly handled by Holden, who adds a great amount of humor with this. This cynicism is very much needed for his portrait of Hollywood which is made perfectly scathing by Wilder's script, and Holden's performance. This style of performance Holden's cynicism never becomes old or tired for me though and he still remains charming despite how he always is.

After Gillis' repeated failures to make money through his usual means he by chance goes to an old home, of a has been actress Norman Desmond (Gloria Swanson). Gillis and Desmond begin to start a relationship in which both manipulate each other for different means. Holden and Swanson work marvelously together, but this is not the normal type of actor, actress relationship. Holden though seemed to know how extremely good Swanson was. That is why for much of the time Holden does react in his more normal more realistic portrayal, to Swanson's more purposely over the top performance. He lets her go so to speak most of the time and reacts, and always reacts properly. Sometimes in reaction in small ways to manipulate her, pity her, or become manipulated by her. This a strange relationship surely but both actors make it both interesting and believable despite the oddity of it.

The only part of the film I did not find overly impressive was the romance with an aspiring writer Betty Schaefer (Nancy Olson).Despite it not being the best moment of the film Holden is very good anyways, showing Gillis in a better light not being nearly as cynical as before. He shows that Gillis can be a better person, and Holden becomes very charismatic, and gives strong more traditionally romantic lead performance. I will admit Olson's and Holden's chemistry is nothing overly special, but Holden is still good nonetheless. Due to this portion of his performance Holden's performance is rather interesting since he manages to make Gillis believable as both a romantic and a cynic. A difficult maneuver but one which Holden achieves without fault. He mixes both the cynicism with the romance exceptionally making both showing that maybe Gillis puts on a little bit of a facade but still at the same time only a little bit of a facade.

The final  scenes Holden is very strong when Gillis realizes that he can no longer deal with Norma. Holden leads to this very well, actually showing how the frustration and exhaustion had reached a point in which was simply to far. He also showed that Gillis perhaps found that he really was not the man he though the was although this comes a little late for Gillis.  Now the film does not spend an a whole lot of time specifically showing this struggle and change in Gillis, but Holden I feel still manages to show it especially well. I feel his character does really change and really grows through Holden's portrayal which makes the ending of the film all the more deliciously cynical in its own way. Overall Holden gives a strong leading performance, which leads the audience through the sometimes very strange story of Sunset Blvd.

That was my only problem with the movie, the character should have been developed more, especially the ending.


Tell me this: Did he really dump both Norma and Olson, or he just lying to her so, he wouldn't get caught?

I think he did "dump" both of them, because he seemed like he was going to try and change his life, but was not allowed to do to his final fate.

Either way, I just wasn't convinced by the way he played the ending and how the character developed in the 2nd half.


But he was pretty good, maybe I'd give him a three and a half our a four. Did you not care for Olsen?

I thought she was okay, but nothing special.

I just LOVE this movie. One of the best ever! The whole cast was top-notch!

I love the film and Holden was great.